In search of family roots

Are you searching for your family roots in Italy?

As everyone knows, starting from the end of the 19th Century a wealth of Italian citizens left their homes to go to remote countries such as the United States, Australia or Argentina.

Ironically, soon after Italian unification (1861) a large-scale diaspora started. Poverty was the main reason for emigration, especially in Southern Italy, conditions were harsh.

According to the official statistics there are as many Italians abroad as in the homeland, that is around 60 million people.

Emigration continued with the rise of Fascism and after the second world war, which had devasted the Italian economy. People left especially for France, Belgium, Switzerland and Germany.

As contemporary migrants, they were looking for better life opportunities elsewhere.

The Italian immigration to Argentina became a mass phenomenon from 1880 to 1920. Thousands of people from Piedmont left their valleys to go overseas, especially to Argentina. That is why many towns of the region have a twin town there.

In Frossasco, 40 km South West from Turin, there is an interesting museum dedicated to the emigration of the piedmontese population to the world. 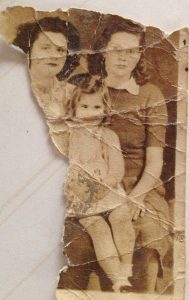 Decades have passed and today some descendants who grew up abroad are curious about their family roots. That’s why they start a kind of “pilgrimage” to the birth places of their ancestors.

To discover the origin of one’s lineage is definitely a once-in-a- lifetime experience and much more intense than the usual guided tour!

If you need help, please feel free to contact us. In our group of guides we speak English, German, Spanish, French and Portuguese.

We would be glad to accompany you in this fascinating voyage to discover your family roots, dealing with all the practicalities necessary.